HERE ARE SOME MORE ORIENTAL NOTES IN YOUR EVERYDAY LIFE! ZEN ZEN CASH SLOT IS FILLED WITH EASTERN SYMBOLS OF GOOD LUCK AND WEALTH, eye-catching graphics, and as much interactivity as possible. You will find various features here, which make you believe in Eastern magic and collect some gold. 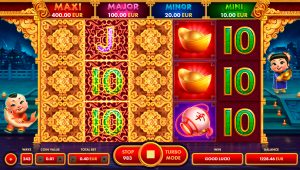 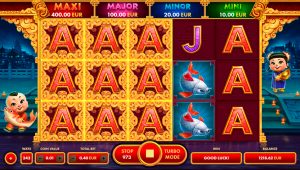 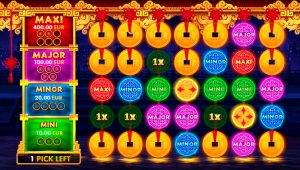 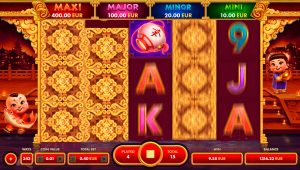 Zen Zen Cash is a slot with 5 reels and 243 ways to form combinations. Its gameplay is a little magical thanks to the bonuses triggered by some symbols and unusual features. The Mystery Cloning Reels feature is worth your attention, first of all. Can you imagine all reels are covered in gold during the spin? Well, in Eastern culture, everything is possible, just as in Zen Zen cash slot. Some reels become covered in gold during the spin, and all covered positions reveal the same symbols after the reels stop. Within the same spin under all mystery symbols dropped on the reels - all symbols are the same. If there are 2 or more mystery symbols dropped on the same horizontal line - all symbols, which are between them will be substituted for mystery reels.

Pick’em bonus is activated by 2 cards symbols. If luck is on your side at this moment, you will be able to hit the jackpot, more precisely even 4 various jackpots. There are 4 jackpots you can win in Pick’em bonus - x10, x50, x500 and x1000 the total bet. Just pick the coins until you match three identical symbols. They will determine your win.

But there is one more surprise in the Pick'em Game in Zen Zen Cash slot. You can hit one of the various Wilds and double or triple your Jackpot winnings.

If you hit 3 special Scatter symbols, it triggers Free Games, and 15 Free Games are getting started for you. But what is unique about this bonus game is that the 1-st reel is always covered with Mystery reels, which helps you form more winning combinations during the bonus.

Go get all these eastern riches in Zen Zen Cash slot!